SKU
EC078
Skip to the end of the images gallery 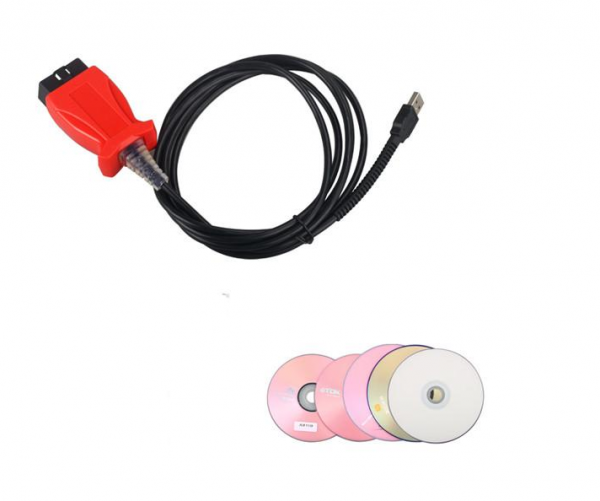 Skip to the beginning of the images gallery
$33.00
In stock

This Item is the Combination of JLR Mangoose, Volvo VIDA for Volvo and Tis Techstream for Toyota.

Jaguar from 2005-2014
Land Rover from 2005-2014
Toyota from 1996-2014
Volvo from 1996-2013
Software Version:
JLR: V143
Volvo: 2013D
Toyota: V9.30.002
Features and Benefits:
1. Data Lists
2. Active Tests
3. Monitor
4. Utility tests
5. Reprogramming
6. Diagnostics Trouble Codes
7.DICE - Diagnostic Communication Equipment, is a tool that is used together with VIDA all-in-one to communicate with the vehicle.Communication makes diagnosing and troubleshooting the vehicle possible, as well as downloading software.
8.DICE has an integrated CARB cable, which is connected to the vehicle's diagnostic socket. When connecting to the vehicle, DICE is powered as long as the battery is charged.
9.DICE has a folding hook that is designed for hanging the unit from one of the grab handles in the vehicle for example.
10.DICE is equipped with four status LEDs that indicate the status of the software, the USB and Bluetooth communication and the interface to the car.
11. At one end of the unit, there is a DC input where a battery cable or adaptor(12V) can be connected. The adaptor is used when upgrading and troubleshooting the DICE.
12. In the other end of the unit, there is a removable cover that could be removed by turning the screw on the cover.
13.High performance with ARM cpu inside.
14.High reliability of products using SMD chip, and certified by CE and FCC.
Specifications:
1. Administration - General information, design and function
2. Standard components, service materials and consumables. General information (among other things, control modules, SRS, general safety)
3. Service and maintenance
4. Engine with mounting and equipment
5. Electrical system
6. Power transmission
7. Brakes
8. Suspension and steering
9. Springs, shock absorbers and wheels
10. Body and interior - among other things, diagnostics, design and function, repair and spare part information
11. Other - special vehicles, e.g., ambulances, police cars. Components that deviate from standard.
12. Dimensions: 3" x 1.75"
13. J2534 and J2534-1 compliant device driver
14. Commercial Range (0 to +70 C)
15. Operating Voltage: Bus-powered by USB
16. Host Interface: Full-speed 12 mbps USB 2.0 with J2534 device driver
Package List:
1pc x VOLVO JLR Mangoose MVCI 3 IN 1 Cable
3pc x CD Driver
More Information
Reviews